The industrial revolutions at a glance

Surely you have heard something about the Industrial Revolutions. Perhaps you’re thinking of:

These are all essential innovations that have taken place in the various industrial revolutions. But let us first look at what distinguishes an Industrial Revolution:

Change is normal and natural in a society, as is progress. From the late 18th century onwards, phases in which there were groundbreaking advances in production, such as the introduction of steam-driven spinning wheels or assembly line work, are known as industrial revolutions.

A characteristic of the industrial revolutions are changes in the living conditions of the people. New production technologies such as the steam engine or the PC had a profound impact on the economy and society. Both employers and employees had to adapt to the new conditions.

A distinction is made between four industrial revolutions, which are classified according to industry 1.0 to 4.0. Currently we are in the Fourth Industrial Revolution:

The steam engine was introduced into the factories, looms or spinning wheels were now no longer driven by muscle power but mechanically by steam power. This meant that much more could be produced in less time and with less effort, and new jobs were created in the factories for the people. 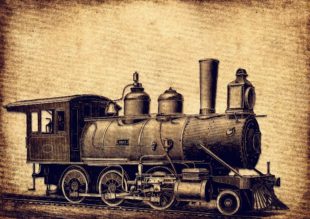 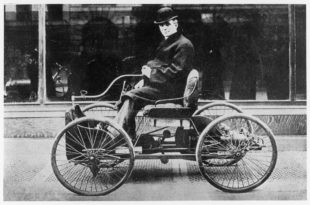 In addition, the telephone was invented, the manufacture of clothing became increasingly automated and the American Thomas Alva Edison invented the light bulb in 1879.

The first programmable controllers were invented, which led to individual work steps being automated and being able to be performed without human “help”. A good example of this are robots that vacuum independently. The factories urgently needed programmers who could operate these controllers.

One of the first robots was invented in California in 1972. It was already able to sense and feel its surroundings and move around. Because it was still quite wobbly on its legs, it was called “Shakey“.

The first computers were huge and unwieldy calculating machines, but were quickly refined. In 1982 the PC (Personal Computer) became attractive for private households when the legendary Commodore C64 was launched. 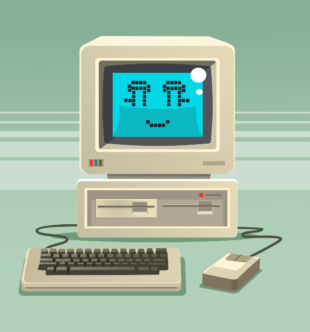 Industrial production is becoming increasingly digitalised and modern information and communication technologies are being used. These are networked with each other in order to automate not only individual working steps, but entire processes.

In automotive plants, robots capable of solving problems independently are already being used for assembly. In the new digital factories, plants are networked with each other; production systems, components and people communicate with each other.

Computers are able to learn from experience by this time, for instance nowadays there are self-driving cars that learn from the driver and can make decisions such as braking or accelerating independently after a few days. They can also network with mobile phones and other devices.